A Person’s a Person: Mia’s Story

Mia* found out she was pregnant the same day she got accepted to her top-choice college.

“This is really going to mess with my plans,” she thought. “After that one night at the party… now this.”

She figured she would just have to get an abortion.

But her friend Steph* asked her why.

“Really?” Steph asked. “Then what are you pregnant with?”

That one question sent Mia searching for proof that would convince Steph—and herself—that getting an abortion would be okay.

What she found out surprised even her.

Mia flipped open her laptop and googled “pregnancy.” One site had pictures and descriptions of the little thing inside her. So much had already gone on—even before she knew she was pregnant! She could see for herself this was no blob.

The websites used words like “embryo” and “fetus” and told how much things changed during each week of pregnancy.  She hadn’t realized that her little 8-week-old embryo already had a beating heart, and arms and legs, fingers and toes.

“Okay,” Mia told herself, “so it’s the beginning of a human being. It’s just the beginning. It’s still too early to be an actual person. Isn’t it?”

Is It My Body?

She paged through her high school biology book. It told her that an embryo was a distinct, complete, living thing.

Mia realized she couldn’t use the “my body, my choice” argument. This embryo was not her body. But was it a person?

Is It a Person?

Like a flash of light, the thought crossed Mia’s mind: “You were once an embryo, too. What if your mother—?” But she wouldn’t think about that.

Mia told herself this embryo was too small to be a person. But that made her wonder . . .

So maybe size didn’t make a person a person.

Mia scanned the photos on her computer screen again. Could something at such an early level of development be a person? If not . . .

Back when Mia was four years old, she hadn’t felt like any less a person than she did now at seventeen, just because she used to be less developed. And could she say that someone whose arms or legs never fully developed wasn’t a person?

She knew a just-born baby was clearly a baby. But this developing embryo was still inside her. Wasn’t being born what qualified you to be a person? Mia shook her head. Even she could hear the problems with that . . .

Environment didn’t make a person a person, Mia had to admit.

Mia shoved her computer and all her books aside. This wasn’t going as she expected. She felt her arguments unraveling. This pregnancy was becoming more about two people than just about her.

But wait, she thought. If not for her, that embryo wouldn’t have a chance. It was totally dependent on her. It couldn’t live on its own right now. Surely its very dependence meant it wasn’t a full-fledged person. But then it hit her…

Mia recalled her classmate Josh* after his skiing accident. He was now totally dependent on his mom and dad to feed and bathe and transport him. Was Josh any less a person because he couldn’t do normal adult things? Would it be right to end his life because he was dependent?

What About This Person?

Mia didn’t finish wrestling with her decision that one day. In the days ahead, she and Steph had several long late-night talks. But Steph stuck with her friend through it all. She even introduced Mia to the folks at her local pregnancy resource center.

There, Mia connected with people who not only cared about her baby. They cared about her. Thanks to their help, Mia was able to give life to the little person who had grown within her, and go on to live a life she was proud of. 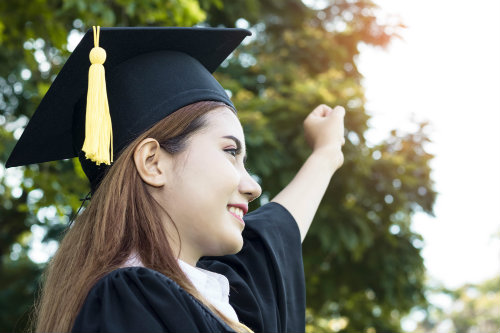 If you are facing an unexpected pregnancy like Mia was,
stop by Choices Pregnancy Center
or find a center near you
to learn about all the options available to you.

And if you’re like Steph,
point your friend in our direction.
We’d love to support her and her child through all that lies ahead.

She can also call Option Line 24/7
to talk with someone who will listen and answer her questions.